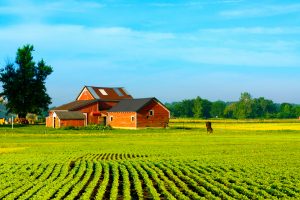 Suppose you’re thinking of entering the farming industry. In that case, you should know that your worst enemies would be the unpredictable weather, the different pests waiting to feed on your leaves and produce, and the little weeds sharing the water and nutrients that are only supposed to be absorbed by your growing plants. Other than the weather you get, pests, and insecticides you will use, you must know the many helpful ways to control the weeds.

Over the past years, many people have had plenty of misconceptions and wrong beliefs regarding weed control. Here are some myths and truths to guide you on how the weeds are taken care of:

Modern medicine made us believe that we want fast-acting solutions. But when it comes to weed control, faster is not always better because it depends on the herbicide itself. Some products appear as if they burn the weed quickly. Still, it is only on the surface because sometimes the chemical doesn’t reach the root system, making the herbicide ineffective.

Some products may even take an extended time before the effects are perceived, but that does not mean the weed has not been controlled. As mentioned by the senior sales rep for DuPont Canada, Doug Fehr, “It can take time for the herbicide to move through the vascular system of the plant to kill both what’s above ground and below thoroughly.”

Myth: Spraying herbicide in the nighttime is better

The best time to spray herbicide is not solely based on daytime or nighttime, but on the type of weed intended to be killed and what product is sprayed on them. According to Ken Sapsford, research assistant at the University of Saskatchewan, the timing of spraying is problematic for farmers because they are “always fighting with the wind, and the most important consideration is that herbicides be applied when you can minimize problems caused by drift.”

A good farmer makes sure that their crops and the weeds surrounding them react to the herbicide they use the way they expected them to. Doug Fehr stresses the importance of regularly walking the fields to evaluate crop health, weed control, nutrient shortage, and looking out for insects, new weeds appearing, and signs of disease. In fact, Fehr added that it is a good investment for farmers to seek out retail or independent crop consultants for their farms.

Truth: Weeds can be herbicide-resistant

Herbicide resistance is undeniably happening because some weeds are adapting to the chemicals sprayed on them. However, the majority of this resistance is due to using the same group of herbicides on the same field repeatedly. As said by Fehr, “We can’t stop it, but we can delay it.” And to prevent or at least delay herbicide resistance, different herbicide groups must be used.

Dr. Hugh Beckie, a weed researcher with Agriculture and Agri-Food Canada in Saskatoon, suggested that the best way to avoid resistance is to mix different herbicides from multiple groups. In addition to this, he said, “The best thing to do is have multiple modes of action within a single spray,” and further mentioned that more than just rotating modes of action every year, it is more effective to have appropriate mixtures of herbicide. Crop protection companies responded to this by offering herbicides containing multiple active ingredients.

There are plenty of variables to consider in controlling weeds, but the primary key is to know the weeds you want to get rid of so that you may select the appropriate herbicide to get. By considering the myths and truths mentioned above, you can also be better informed about taking care of your produce so that they offer good yields!

Organic AG Products in Arroyo Grande, CA, has a wide range of solutions for a healthy and abundant harvest for your agriculture needs, such as fertilizers, herbicides, insecticides, and more. Get in touch with us today to see how we can help!